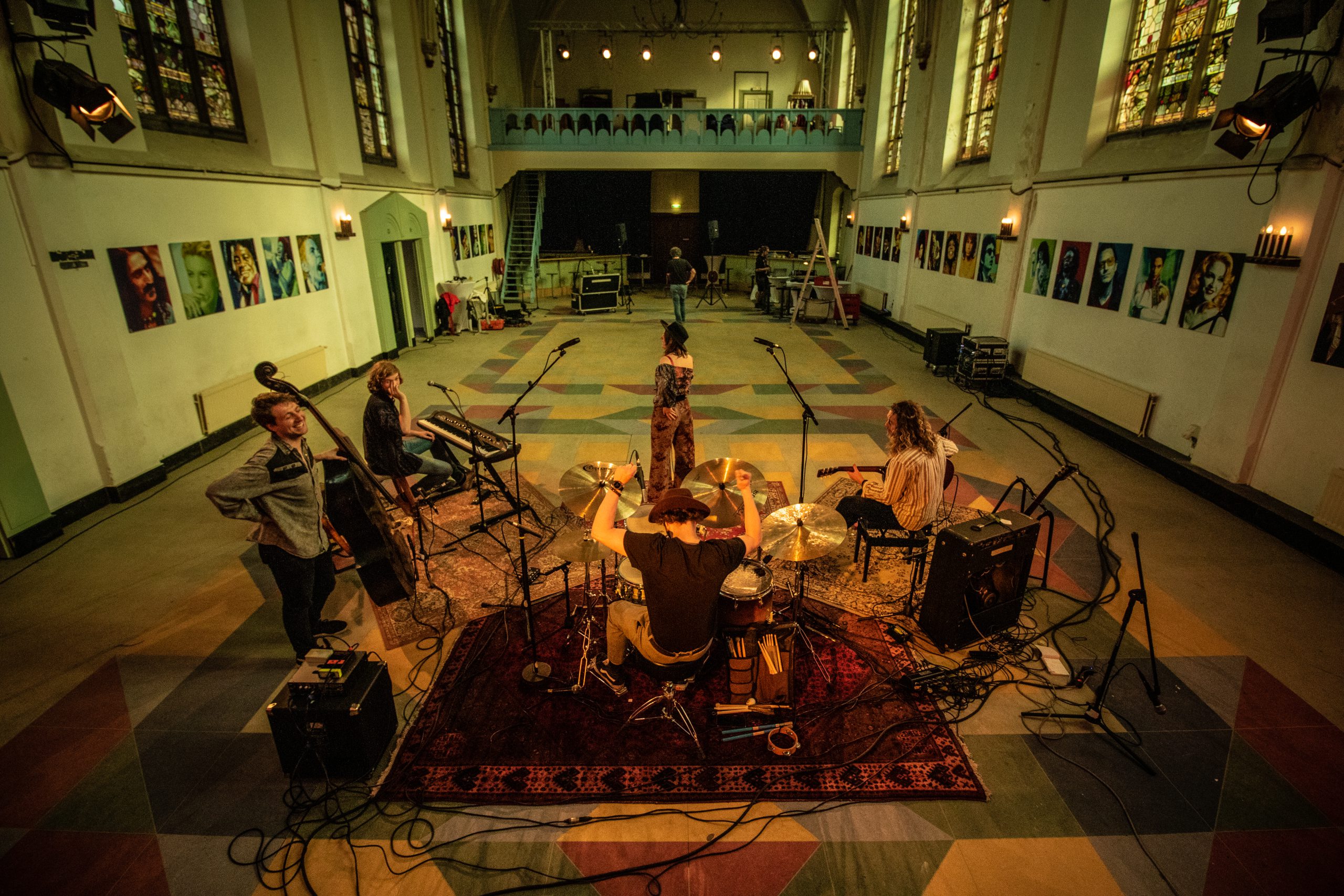 Harlem Lake is the winner of the European Blues Challenge 2022. Their debut album shows the potential of this young band, but their refreshing enthusiasm and strong live performances let the listener dive deeper into a musical world which reminisces about the 60s and 70s yet feels like you’ve never heard it before.

Robert Cray was moved by their performance, most famous dutch radio DJ Giel Beelen invited them to play live at national radio, they supported Walter Trout, won the Dutch Blues Challenge and brought their 12-piece band to the Radio Veronica studio. Harlem Lake worked through the corona crisis on their debut and is finally starting to reap the rewards. 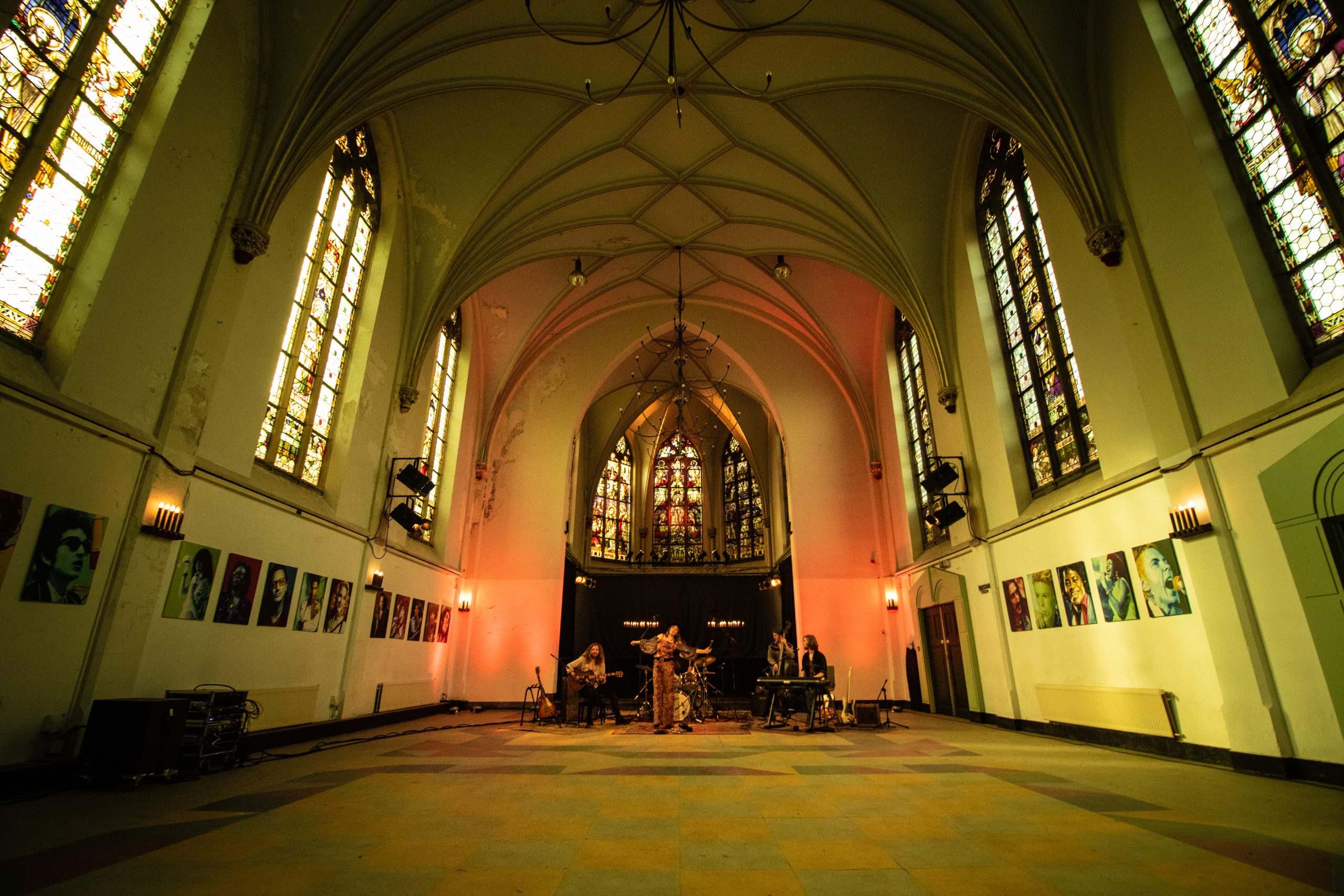 ''Through rock, blues and soul, Harlem Lake shows incredible depth and a feeling of perfect fluidity, all guided by the intense and powerful voice of their singer. Monumental.''
Rock ‘n Force

Dave Warmerdam founded his band under his own name, after he amazed everyone with his piano talent in Memphis in the semifinals of the International Blues Challenge. Guitarist Sonny Ray and singer Janne Timmer jumped on board shortly afterwards and so a special trio was born. The necessary experience was gained. The band found their fans in overcrowded bars and at blues festivals. Then, after a strong live album in 2019, the year of 2020 promised bigger stages, bigger festivals and tours to Germany and Belgium, but the pause button was pressed by the pandemic. As a result, the band got to work. New material was written and the idea for a 12-piece band was born. The influences of Joe Bonamassa, Dire Straits, Little Feat and BB King were fused together and Harlem Lake came out of the oven. Dave Warmerdam Band renamed itself and with their new name they directly refer to their roots: the Haarlemmermeer polder.

A few months after introducing the new band name, there was a change of the guard. On the 10th of July 2021 the band said goodbye to Rick Van de Voort (drums) and Lars Hoogland (bass). Around a month later Benjamin Torbijn and Kjelt Ostendorf took over the groovemachine. The first concert of the new quintet was one that couldn’t go wrong: in 013, they supported American blues guitarist Walter Trout. Harlem Lake unapologetically rocked the stage and, as a result, stole the heart of the sold-out venue in Tilburg. Walter Trout even said he would love Harlem Lake to be his support act again on his next EU tour.

The same day as their support show (03.09.21) for Walter Troutgroove Harlem Lake released their first single called ‘The River’: a catchy blues rock song that manages to keep your ears intrigued until the very last note. The song got picked up by many blues radio stations around the globe. 6 weeks later they introduced their second single ‘My Turn To Learn’ to the world. This track is a bit more poppy Americana and shows the softer side of the bands songwriters: Janne & Dave.

On their debut album ‘A Fool’s Paradise vol. 1‘ you can hear some odes to the blues, as well as especially beautifully composed songs with influences from Americana, rock and soul. Dave’s thoughtful arrangements closely match the lyrics of Janne, who is known for her poetic metaphors and powerful voice. Guitarist Sonny Ray tops it off with emotions coming from deep inside. They tell the ancient stories of love, loss and longing by sharing a shameless sketch of their inner world.

Harlem Lake prefers to perform with their 12-piece band. With this large, almost American line-up of horns, background vocals, guitar and percussion they played their album release show in Grolloo, the dutch capital of blues music. Critics announced Harlem Lake as the most talented, youthful band in the Netherlands and said of the album: “This is of undutch quality. Truly a beautiful, valuable CD to add to your collection.”

Harlem Lake played with their 12-piece band at Radio Veronica. They were invited to celebrate their second single release with a radio performance of 4 songs. A musical spectacle, and without all the bells and whistles the band is still convincing. The lady and 4 gentlemen play every occasion as if they are playing for a stadium, energetically and sincerely.

Also, radio DJ Giel Beelen was stunned by their performance. Harlem Lake celebrated their online album release with a live performance on the Dutch biggest radio station: NPO Radio 2. Giel Beelen recommended his listeners to check out the video footage, since the band is so energetic, after he showed some snippets of the brand new album.

A Fool’s Paradise vol. 1 was released October 31 on CD and November 12 on all streaming services. More info, tour dates and CD sales at www.harlemlake.com. 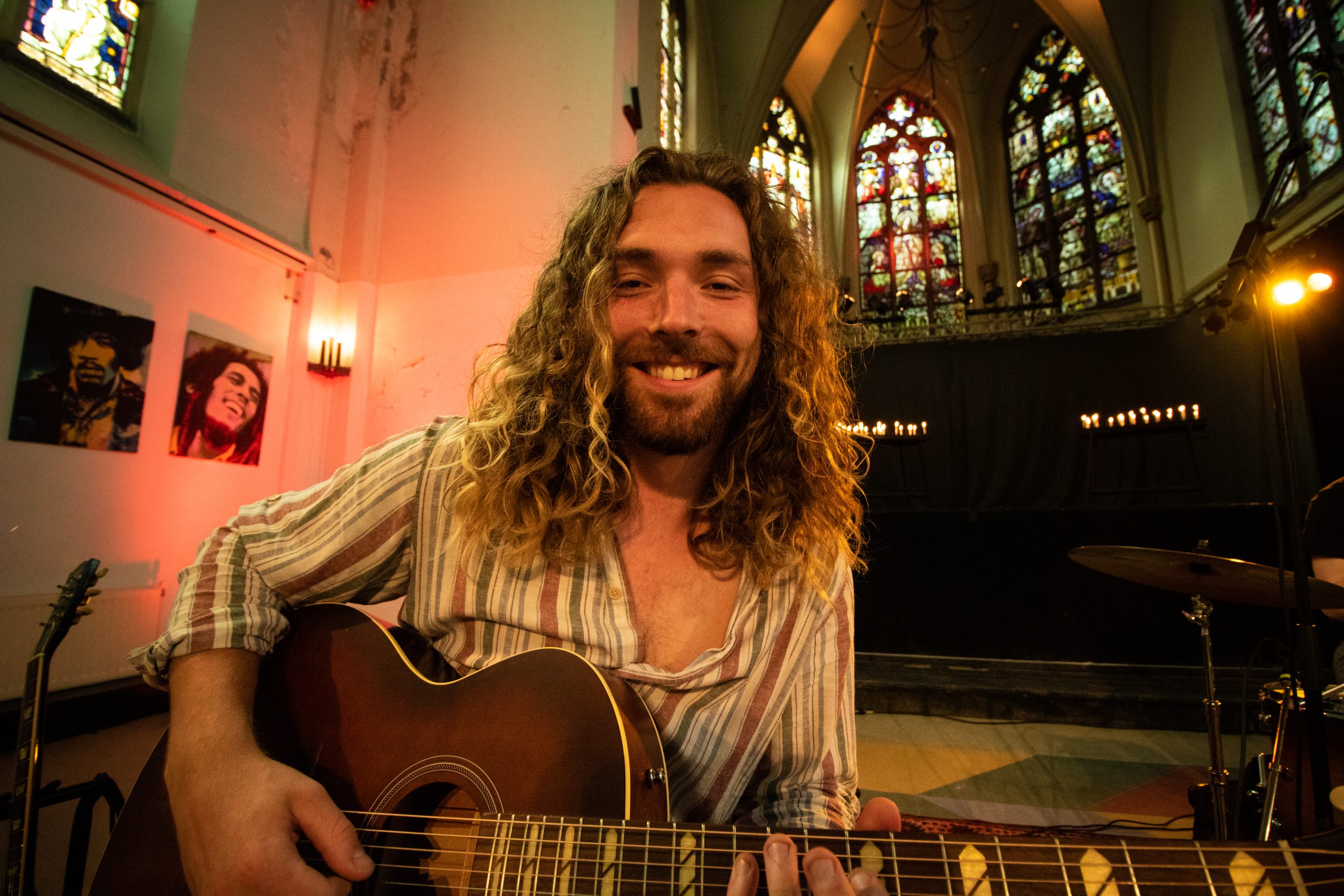 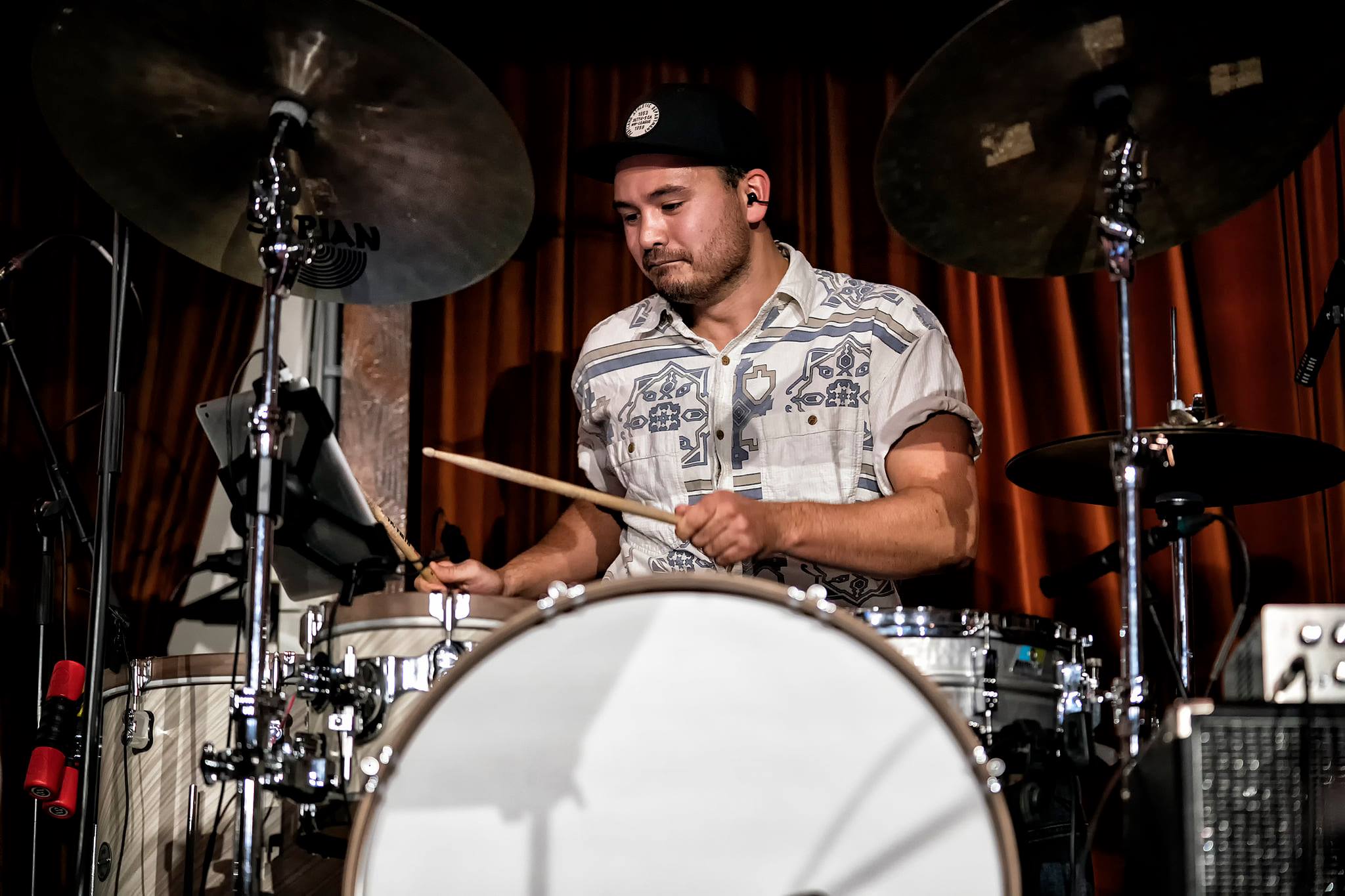 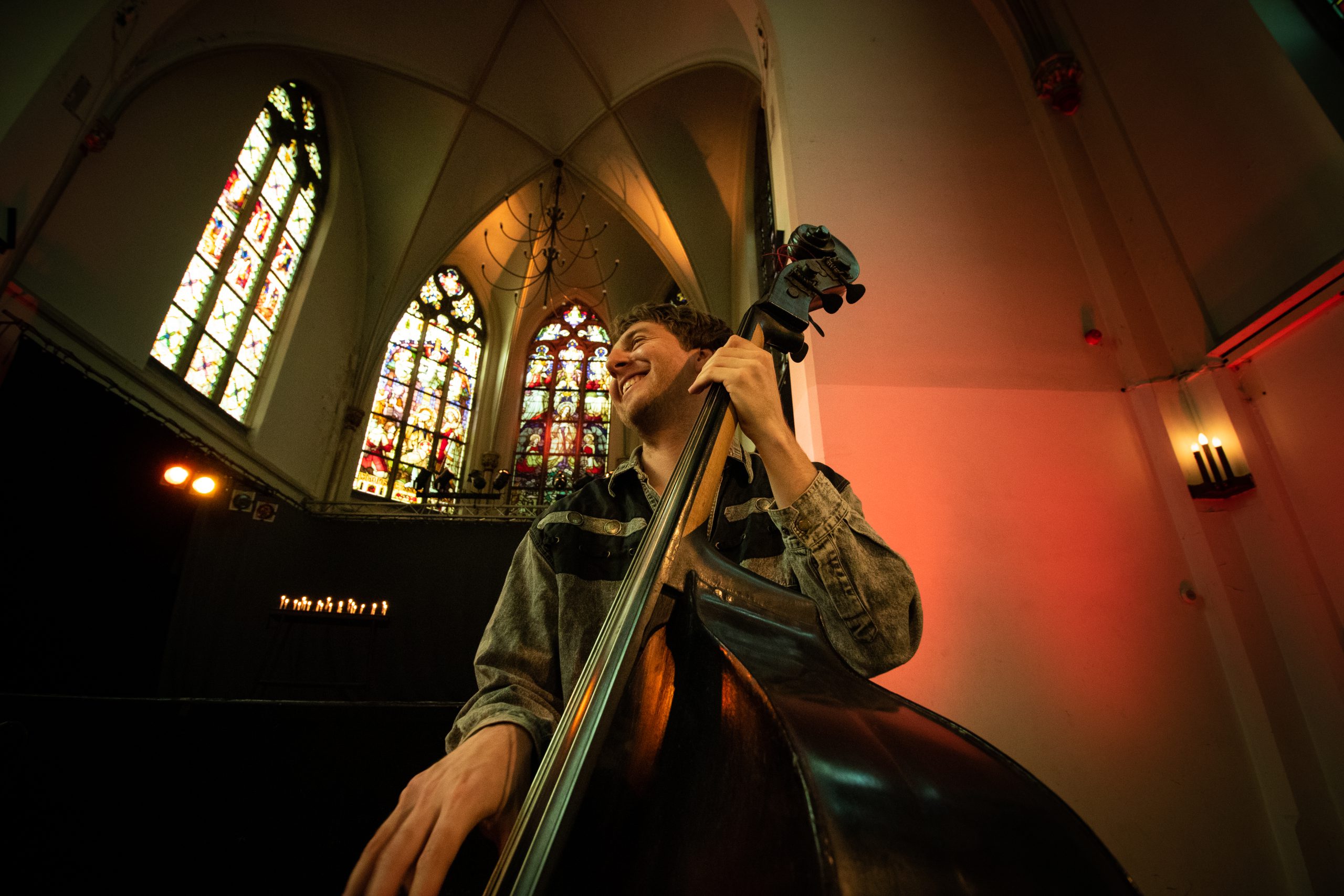